Showing posts with the label flat tax
Show all 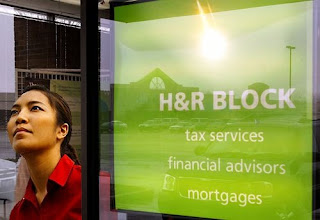 Have you heard of the “fair tax?” Throw away all taxes and just institute an across the board sales tax on everything. It sounds like a good idea at first, right? The problems arise when you stop to really think about it.
Forget about the problem with the actual legislation. It doesn’t eliminate the IRS as promised just changes the name. It doesn’t eliminate state income taxes, local city sales taxes, lodging taxes, or even federal gas taxes as promised, just adds to them. It would encourage the expansion of a nearly impossible to monitor underground economy. And it has built into the actual legislation a system of rebates basically neutralizing its “non-progressive” selling point. Forget about all that.
Let’s take a few seconds and look at the basic idea itself. Is the basic idea really fair?
As I see it the “fair tax” falls short do to one basic flaw. It mixes essentials (things we all need to exist) with nonessentials. Here are four scenarios that will help you understand why this is …
Post a Comment
Read more
More posts