Showing posts with the label skeptics and santa
Show all

How a Skeptic Deals With “The Santa Problem” 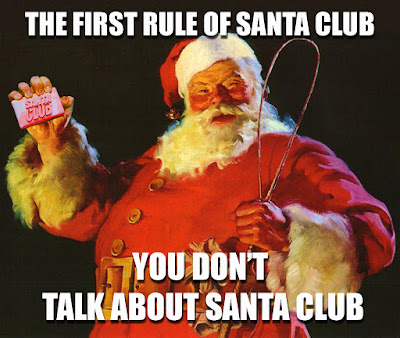 My wife and I were out with another couple and their daughter the other night. Since it is nearly Christmas, I asked the little girl the obligatory question, “what is Santa bringing you.” The seven year old responded coldly, by stating there is no Santa Clause. I glanced over at the parents. Obviously displeased with their daughter’s discovery, they were rolling their collective eyes. Without revealing my own position on the subject, I asked the little girl why she did not believe in Santa.