Showing posts with the label global warming
Show all

WHY CAN’T WE ADMIT IT? 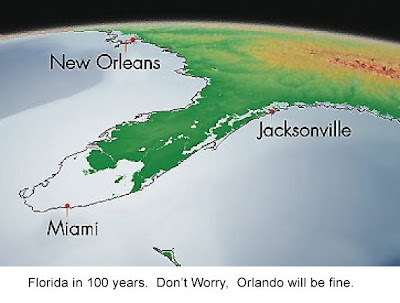 A new poll shows that the number of Americans who believe scientist’s warnings about global warming is presently at 57%. This is a drop of 20 percentage points in just three years. It reminded me of a discussion I had with a (non-specified) relative a while back. We were talking about global warming and he said that he wasn’t worried about rising sea levels. It did not matter if the ice at the poles melted because when icebergs melt, they do not change the overall sea level.
I said he was wrong, and started mercilessly attacking the right wing conservative news media that he listens to. He countered with a fact that he thought would blow me out of the icy water. As the cubes melt in your full glass of soda, the liquid does not overflow. How could I explain that! He was so pleased with himself. My retort was ready. To be honest, I heard it on one of those lefty tree hugging shows I always listen to. But I was going to enjoy repeating it. I actually got out of my chair, walked over and…
3 comments
Read more
More posts