Showing posts with the label liberals
Show all 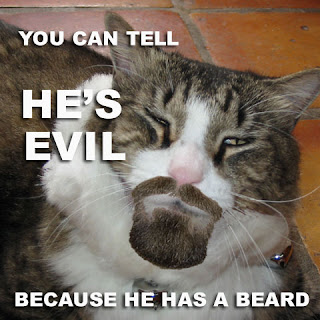 EVIL NICK: God! have you seen all those conservatives screaming at town hall meetings. I have news for them. Contrary to their convoluted belief, none of the healthcare bills currently in congress say anything about “death panels euthanizing your grandparents.” Nor have they ever. These republicans are panicky little crybabies. It reminds me of that study that came out a while back that proved that conservatives act the way they do because they are less brave then liberals.

GOOD NICK: I assume you are referring to the study last year published in the “Journal Science” by Kevin B Smith. It suggested a link between the positions people hold on such controversial issues as gun control, pacifism and capital punishment with their reaction to disturbing images and startling sounds.
EVIL NICK: Yah, that’s the one. They measured perspiration and eye reaction and found that conservatives are three times more afraid of stuff then progressives. Damn pantywaists. Every little thing in the world se…
1 comment
Read more
More posts